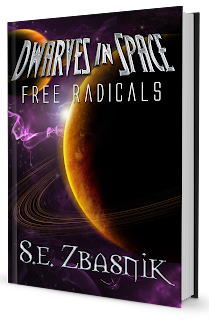 The crew of the Elation find themselves in darkspace without MGC when the terrorist group Party-23 invade a space station. They're split up in three groups without any way to contact each other. The only way out is to fight. What else is new? 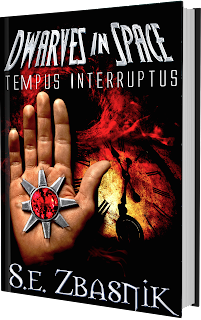 A prequel novella set two years before Dwarves in Space, a massive disturbance leaves scientists scratching their heads. But Variel's got her own problems as a one night stand stows away on her ship. Soon she's running across the galaxy chasing down an ancient species, trying to break a relic off her hand, and losing her mind. 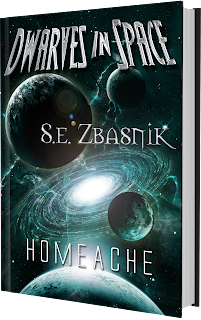 The last thing Taliesin wanted to wake up to was his sister and father insisting they return home. Now he's faced with the choice of living with his people and also a lie, or a homeless life in the stars. 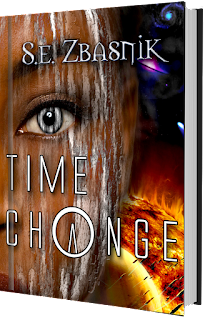 Marion has never even left the atmosphere before and now she finds herself on the other side of the galaxy at the mercy of an Orc mercenary while her own people are trying to kill her all for the mysterious briefcase chained and locked to her arm.